Your case is personal to us. Our Connecticut appellate attorneys protect you like family.

Your case is personal to us. Our Connecticut appellate attorneys protect you like family. 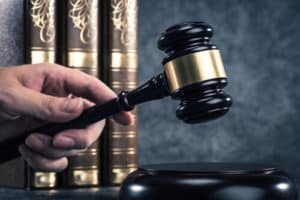 The firm’s Appellate Practice Section is headed by Brenden P. Leydon, who is Co-Chair of the Appellate Practice Committee of the Regional Bar Association. He also serves on the Connecticut Law Revision Commission and formerly served as Co-Chair of the Appellate Practice Committee of the Young Lawyers Section of the Connecticut Bar Association. He has given multiple seminars on appellate practice and also recently finished serving a five year term on the Board of Trustees of the Stamford Public Library. He has handled over fifty appeals in the last six years.

Our Skills Set the Stage for Success

Judge Lawrence Silberman, (D.C.Cir.) has written that “even the most intelligent lawyer can lose some of his or her effectiveness as an appellate advocate when he or she is almost always at trial. Persuading juries takes different forensic and analytical skills than persuading appellate judges.”

The different skills required for trial work and advocacy is sometimes difficult to discern when you are close to a case. It is often helpful to engage an independent opinion to examine the trial record and refocus on the pivotal issues for appeal. Appellate counsel analyzes- the case the same way an appellate court does, from the written record. The appellate advocate can often make objective decisions better than the trial attorney about which facts are most beneficial to a case, which issues were best preserved for appeal, and which issues present the best avenues for appeal. The best appellate lawyers understand how appellate judges think, they know the standards of review, and they can focus on making the appeal as persuasive as possible.

Our firm handles civil appeals for our clients as well as appeals on cases tried by other firms. We provide high quality legal representation at all levels of the state and federal appellate court systems based on our broad experience in complex appellate litigation. At the appellate level, we handle appeals and briefs, working closely with our clients and the trial lawyers.

Contact us to find out if we can help you appeal your case.

A Long History of Landmark Appeals

Among the cases the firm has won are: Leydon v. Greenwich, 257 Conn. 318, 777 A.2d 552 (2001), a landmark constitutional case establishing the right of access for nonresidents to municipal parks, which the Connecticut Law Tribune characterized as the most significant constitutional case of 2001; Gazo v. Stamford, 255 Conn. 245, 765 A.2d 505 (2001), which the Connecticut Law Tribune characterized in its Supreme Court review as the most significant tort case of 2001. This case established the right of people injured by slipping on ice or snow to directly sue a contractor hired by a land owner, greatly expanding the victim’s ability to obtain a full recovery for their injuries; Dowling v. Slotnick, 244 Conn. 781, cert. denied 119 S.Ct. 542, 142 L.Ed. 2d 451 (1998) which established the right of illegal aliens to receive worker’s compensation; Melendez v. Home Depot, Inc., 61 Conn.App. 653, 767 A.2d 743 (2001), which established the right of injured workers to obtain continued medical treatment in their home state if they move out of Connecticut; Garrison v. Planning Board, 66 Conn. App. 317, 784 A.2d 951, cert. denied 258 Conn. 944 (2001), which allowed a land owner to obtain a subdivision despite an existing zoning violation on the property; Bongornio Supermarket, Inc. v. Zoning Board of Appeals, 266 Conn. 531, 833 A.2d 883 (2003), which allowed what will be the largest supermarket in Stamford, Connecticut to be built on U.S. 1 despite a competitor’s attempt to block it; and Tarnowsky v. Socci, 75 Conn. App. 560 (2003), which extended the statute of limitations to allow the victim of a slip and fall accident time to discovery the identity of persons who may be responsible for the injury.

Wocl Leydon, LLC is a law firm experienced in handling wrongful death, medical malpractice, auto accidents, fall down claims, nursing home negligence and abuse, car crash and motor vehicle collision lawsuits. The personal injury trial lawyers handle cases throughout Fairfield County. If you have been seriously injured in Stamford, Norwalk, Fairfield, Bridgeport, or anywhere in Connecticut, please call one of our litigation attorneys at 203.517.0456, or email the firm to schedule a free consultation.

This page will contain a list of links to organize and provide navigation to information on your website.