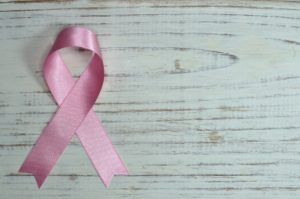 Breast Cancer Awareness Month (BCAM), also referred to in America as National Breast Cancer Awareness Month (NBCAM), is an annual international health campaign organized by major breast cancer charities every October to increase awareness and understanding of the disease and to raise funds for research into its cause, prevention, diagnosis, treatment and cure. The campaign also offers information and support to those affected by breast cancer.

Breast cancer awareness month is a yearly campaign that is intended to help educate people about the importance of early screening, testing and more. The campaign starts on October 1 and ends on October 31 every year.

Where It All Started

NBCAM was founded in 1985 in October as a partnership between the American Cancer Society and the pharmaceutical division of Imperial Chemical Industries (now part of AstraZeneca, producer of several anti-breast cancer drugs). The aim of the NBCAM from the start has been to promote annual mammography screening as the most effective weapon in the fight against breast cancer.

In 1993 Evelyn Lauder, Senior Corporate Vice President of the Estée Lauder Companies, founded The Breast Cancer Research Foundation and officially established the “pink ribbon” as its symbol, though this was not the first time a ribbon was used to symbolize breast cancer: a 68-year-old California woman named Charlotte Haley, whose sister, daughter, and granddaughter had breast cancer, distributed peach-color ribbons to call attention to what she perceived as inadequate funding for research. And in the fall of 1991, the Susan G. Komen Foundation had handed out pink ribbons to participants in its New York City race for breast cancer survivors.

In 2010, Delta Air Lines painted N845MH, a Boeing 767-432ER in “Breast Cancer Research Foundation” special colors. In September 2015, a newer version of the livery was repainted on the same plane.

10 Downing Street in London, England was lit up in pink on October 25, 2011 for National Breast Cancer Awareness Month.

Palácio do Planalto, the official workplace of the President of Brazil, was lit up in pink on October 1, 2014.

In Mbabane, Swaziland the people of Swazi joined in the annual “Brave the Breast” event to aid the Swaziland Breast Cancer Network in 2016.

And, in 2017 the White House was illuminated pink in honor of National Breast Cancer Awareness Month.

A variety of additional events around the world are organized in October, including walks and runs, and the pink illumination of landmark buildings. In the United States, the National Football League promotes breast cancer awareness by incorporating pink on and off the field, and comic strip artists use pink on one day in October.

The National Race for the Cure

In October 1983 the Race for the Cure was held for the first time in Dallas, Texas, where 800 people participated. According to the organizers, by 2002 the number of participants reached 1.3 million and the event was held in over 100 US cities. The event is also being organized in several other parts of the world.

The Susan G. Koman Walk for the Cure is probably the most well-known fundraising effort for breast cancer research. This 60-mile fundraising walk is spread across 3 days including thousands of participates. This walk, which benefits Susan G. Komen, occurs in seven cities in the United States.

Male breast cancer, which is rare, is generally overlooked. In 2009 the male breast cancer advocacy groups Out of the Shadow of Pink, A Man’s Pink, and the Brandon Greening Foundation for Breast Cancer in Men joined together to globally establish the third week of October as “Male Breast Cancer Awareness Week”.

Unfortunately, today it is rare to meet anyone who hasn’t been affected in some way by breast cancer.  Whether it is a mother, sister, daughter, aunt or good friend, it seems as if we all know someone who has battled this horrific disease.  And, today it isn’t only women who are forced to battle this disease, more and more men are being diagnosed every day. Your Wocl Leydon family would like to strongly encourage you to get your annual mammogram.  We understand that it may not be pleasant, and it may take up time you don’t feel you have, but you don’t have the time not to get it. Early detection of breast cancer can often mean the difference between life and death.

Your family at Wocl Leydon cares about our clients and we want to protect you by treating you like family.  This is just one more way we can do that. Please schedule your appointment today.