Skip Navigation
We are taking the threat of COVID-19 very seriously. Click here to find out what our firm is doing.

Your case is personal to us. Our Connecticut cancer malpractice attorneys protect you like family.

Your case is personal to us. Our Connecticut cancer malpractice attorneys protect you like family. 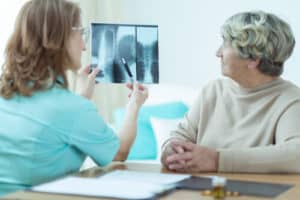 Despite more complete knowledge of the risk factors and warning signs, improved diagnostic tests and improved treatment protocols, about 4,000 American women die from cervical cancer each year. Not all of these deaths can be attributed to medical mistakes or diagnosis errors. Some of these deaths most certainly could have been prevented through timely diagnosis and effective treatment. A doctor’s failure to properly interpret a pap smear result is the most common cause of death due to failure to diagnose cervical cancer.

As recently as the 1950’s, cervical cancer was one of the leading causes of death among American women. According to the National Cancer Institute, regular pap smears, pelvic examinations and other recommended diagnostic tests have dramatically reduced the annual mortality for this disease. Doctors are now able to promptly diagnose and successfully treat cervical cancer in a high percentage of the estimated 10,000 to 12,000 new cases identified each year. Currently, the five-year survival rate for women who receive a timely diagnosis of cervical cancer is nearly 75 percent.

Medical negligence associated with the delayed diagnosis of cervical cancer can take a variety of forms. In some cases, the errors are fundamental and should never have occurred, such as when a nurse or physician failed to take or carefully review a patient’s full medical history. Accurate diagnosis can also be needlessly delayed when a physician fails to conduct a complete and thorough physical examination of the patient.

Other examples of medical negligence that can lead to ineffective treatment, poorer long-term prognosis and death include:

The diagnostic advances that have enabled today’s family practitioners and gynecologists to sharply reduce the mortality previously associated with cervical cancer make little difference when a doctor fails to order the tests or interpret the results correctly.

If you suspect that negligence on the part of your medical team led to a delayed diagnosis or failure to diagnose cervical cancer in your family, contact the Connecticut medical malpractice lawyers at Wocl Leydon, LLC in Stamford or Bridgeport.

We represent clients statewide and handle all of our medical malpractice cases on a contingency basis. There are no legal fees to pay unless we win.