Nick earned his Juris Doctor degree, with honors, from the University of Bridgeport School of Law in 1984. While in law school, he was promoted to First Lieutenant in the United States Marine Corps Reserve. During law school, he was selected for membership in the Law Review, and in his third year, he was elected Managing Editor of the Law Review. Also in his third year, Nick became the first law student in the State of Connecticut to try a case in Federal Court. At his law school commencement, he received the Litigation Skills and Practice Award for demonstration of outstanding litigation skills.

In 1984, Nick was admitted to the practice of law in Connecticut and Pennsylvania. He is also admitted to practice in the Federal Court for the District of Connecticut, the Second Circuit Court of Appeals, and the United States Supreme Court.

As an attorney, Nick has devoted his professional career to litigation. When asked why he selected “litigation” as the area of law he wanted to practice, Nick said, “I decided to become a trial lawyer so that I could fight and protect the rights of people who could not fight and protect themselves. When I was in high school, I protected students who were being bullied. Now I protect people from corporations, hospitals, doctors, and negligent drivers. I have the best job in the world. I hold people accountable for their wrongful conduct. I protect people from financial harm and ruin and compel wrongdoers to take responsibility for their conduct.”

For the past 20 years, Nick has concentrated solely on litigating personal injury, medical malpractice, and attorney grievance hearings. He has tried numerous courtside and jury trials to verdict. Nick has resolved many cases, by either verdict or settlement, exceeding $1 million. 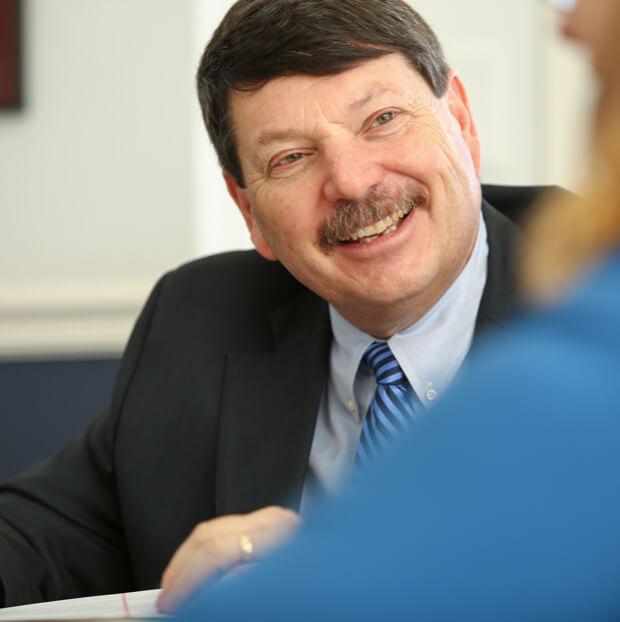 “There are many people who are victims of the negligent, reckless, or intentional conduct of wrongdoers. I ensure that my clients are not victimized twice: once by their injuries and second by the legal system where insurance defense attorneys take advantage of the weak and uninformed. My duty to my clients is to force wrongdoers to take responsibility for their conduct and force them to pay full, fair, and complete compensation for every injury and damage suffered by my client, so that full justice is obtained,” Nick said.

Nick regularly volunteers his time to serve as a court-appointed factfinder and arbitrator for the Connecticut Superior Court for the Judicial District of Stamford/Norwalk. In addition, he frequently shares his insight and experience with other attorneys by providing continuing legal education seminars on the topics of legal ethics, evidence, trial practice, and medical malpractice. He is a founding member of the law firm Wocl Leydon, LLC.

Nick lives in Trumbull with his best friend and wife, Nancy. They have two fantastic children: Craig, who is an assistant manager in Equity and Savings Plan Investments for International Paper in Stamford, and Nikki, who is a kindergarten teacher in Southport. In his free time away from his Wocl Leydon “family”, Nick enjoys spending time with his family and close friends and fishing in beautiful fishing spots across the nation.